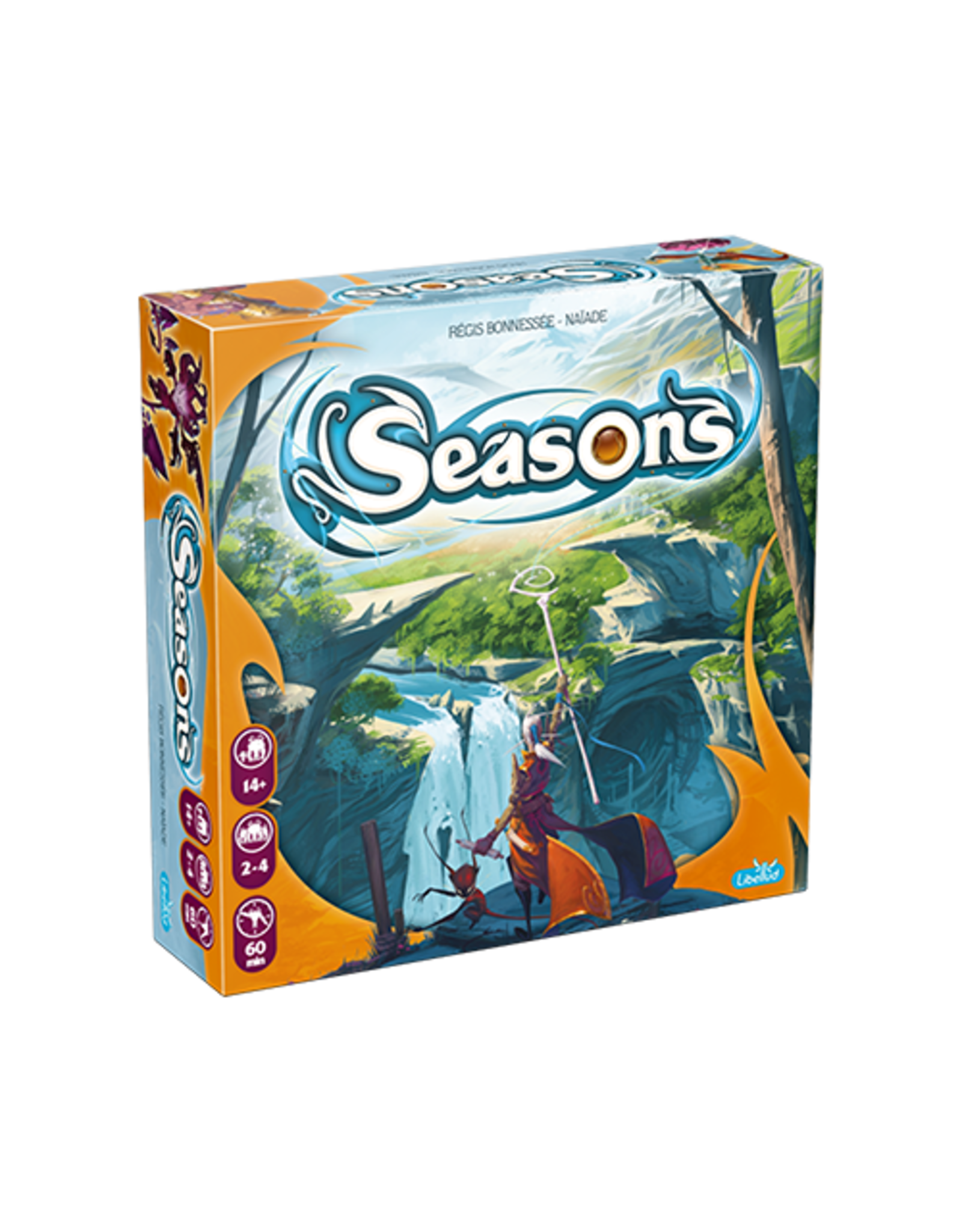 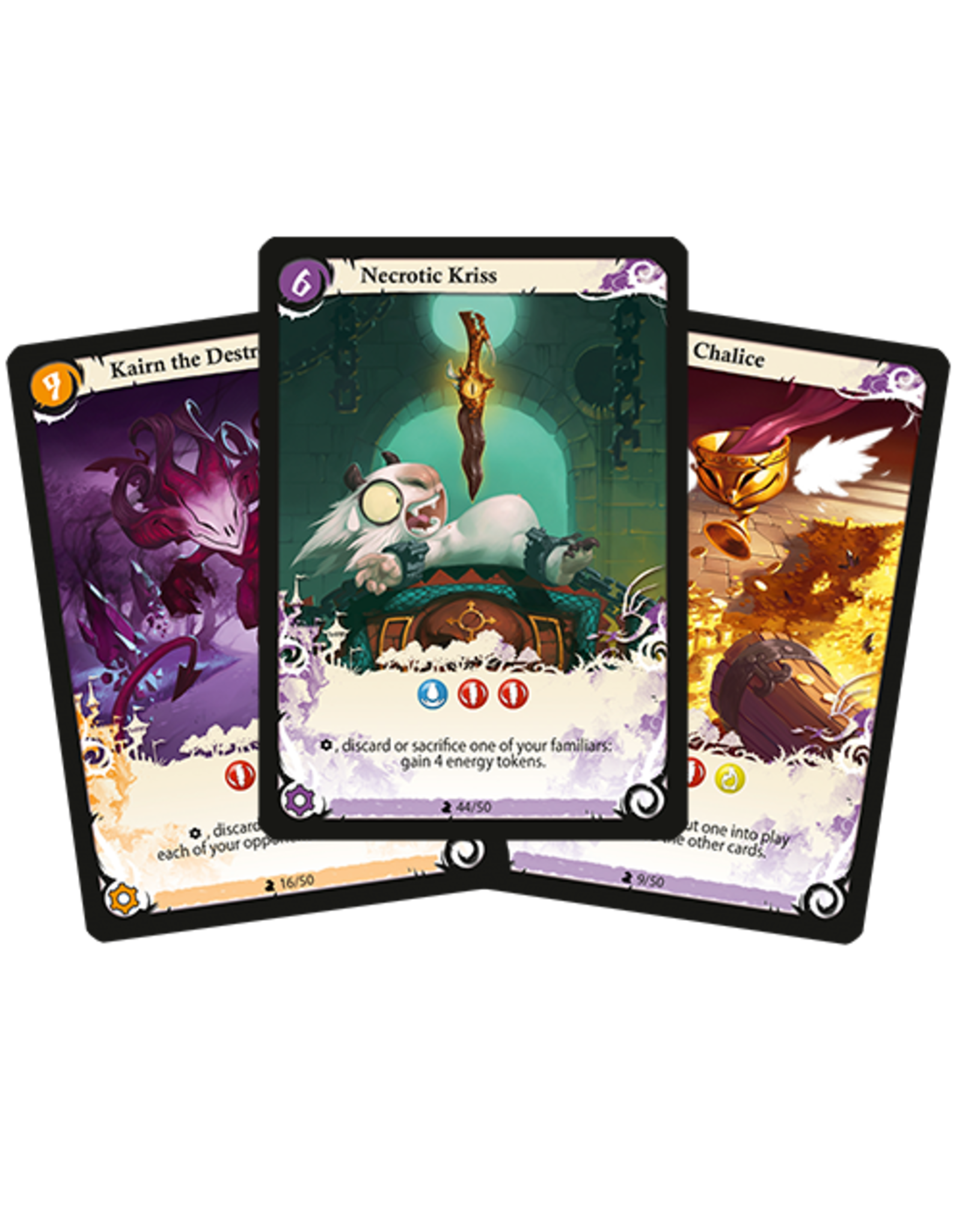 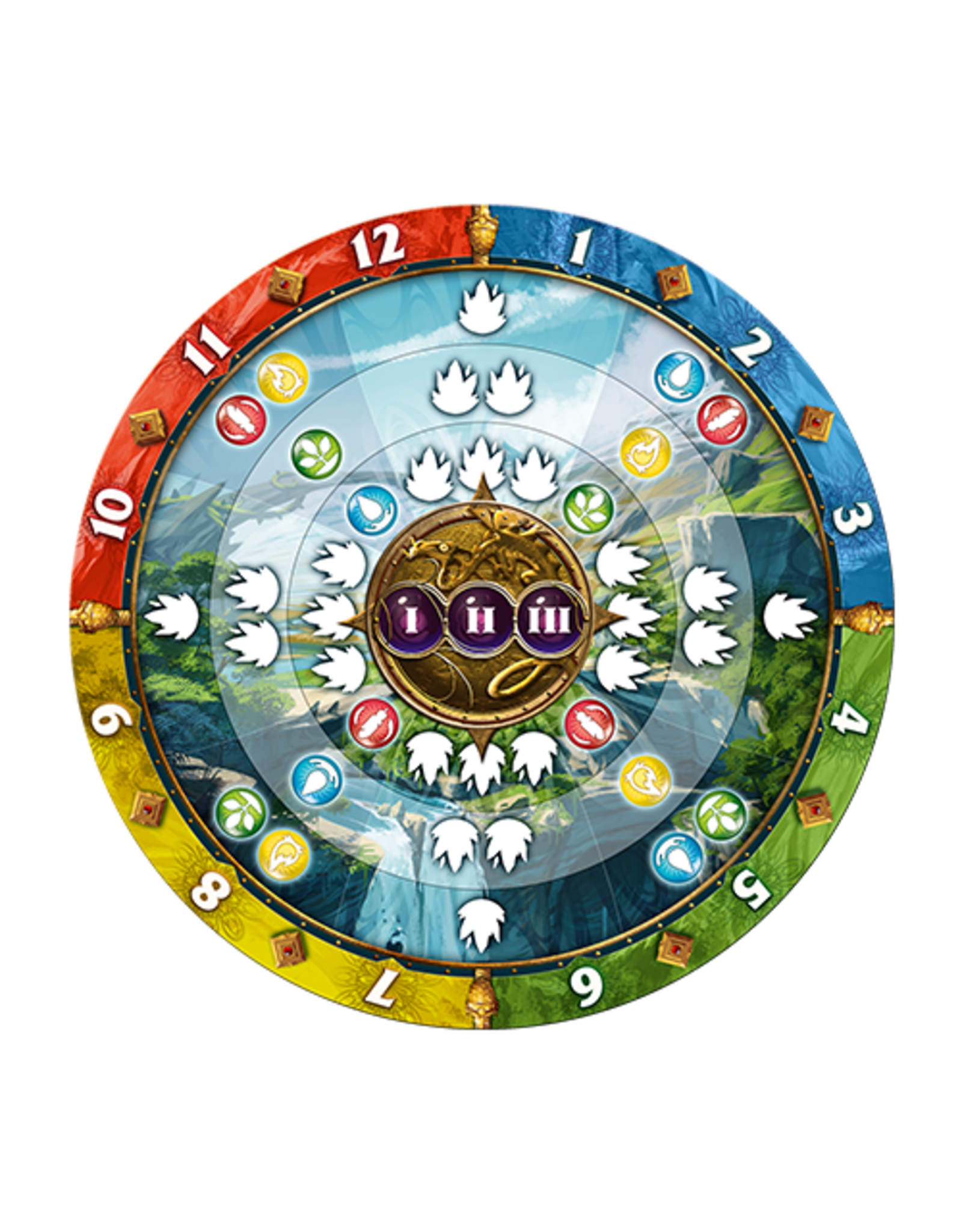 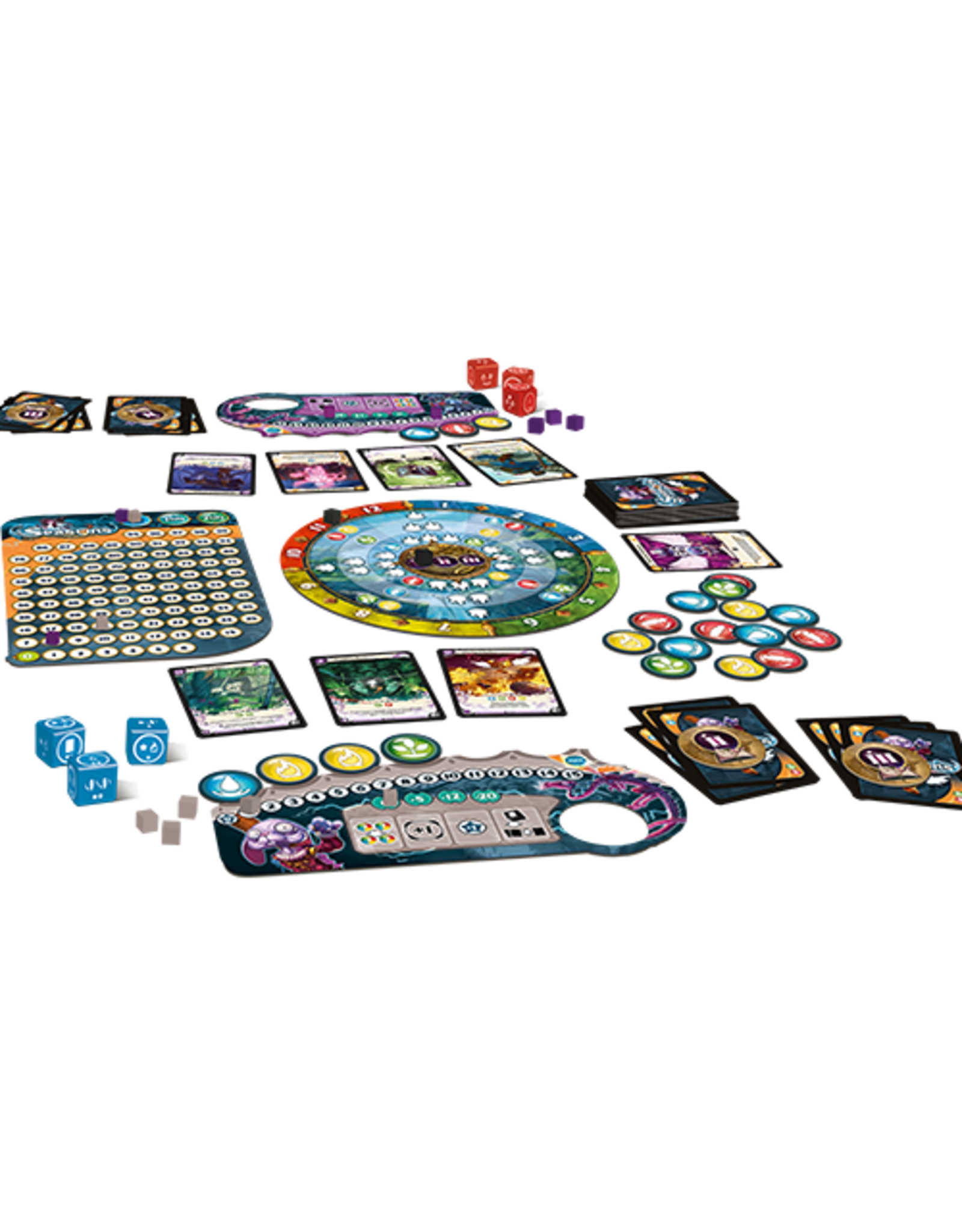 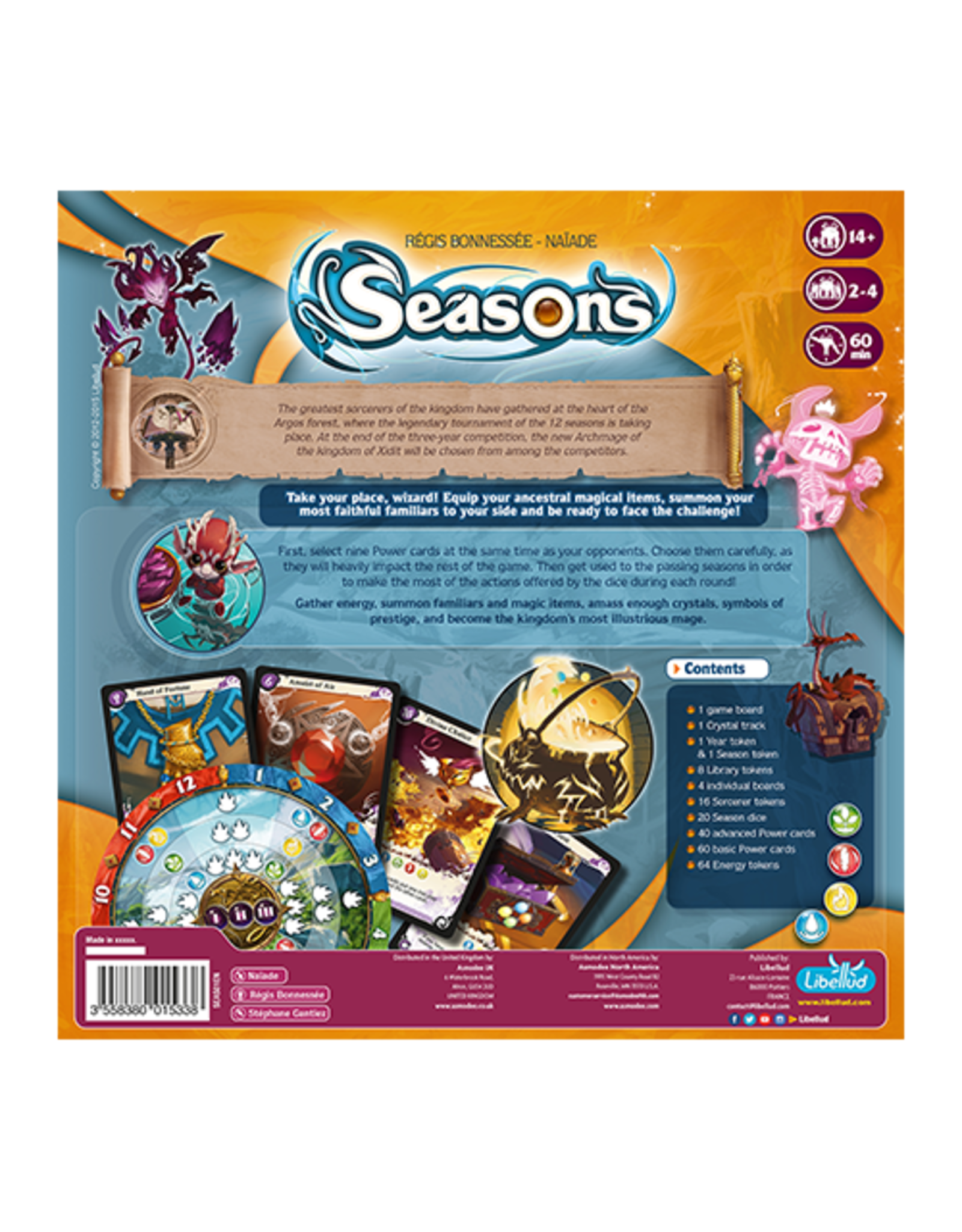 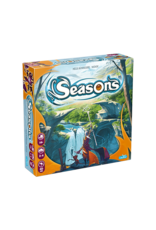 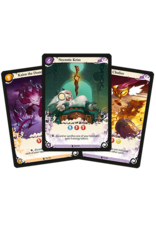 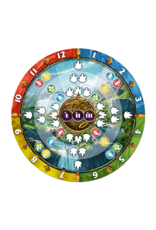 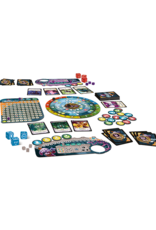 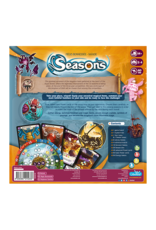 Enter the legendary three-year tournament to become the new Archmage of Xidit!

In Seasons, you become one of the greatest sorcerers of the realm. Your goal is to gain the most victory points by gathering elemental energy, summoning familiars and magic items, and using your resources to harness the powers of the seasons themselves. If you can amass enough crystals and symbols of prestige, you can claim victory over your rival mages. Carefully consider your available spells, call upon the powers of the elements, and become Xidit's new Archmage in Seasons!

Seasons is a tactical game of cards and dice which takes place in two phases:

The first phase "Prelude" consists of a card draft: the goal during this phase will be to establish your own 9-card deck for the main part of the game and with it your strategy.

Each player must separate their 9 cards into 3 packs of 3 cards. They will begin the second phase of the game with their first pack of three cards, then gradually as the game progresses, they will receive their other two packets.

Next comes the "Tournament": at the beginning of each round a player will roll the seasons dice to determine the actions available to the players.

Each player can choose only one die per turn. In addition, the available dice vary from season to season. Players will have to adapt to these changes in order to outscore their opponents and win the game! 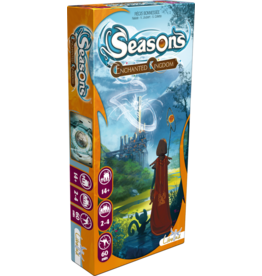 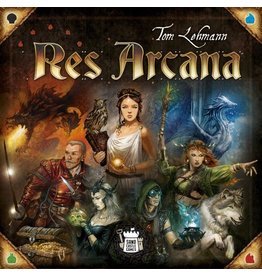 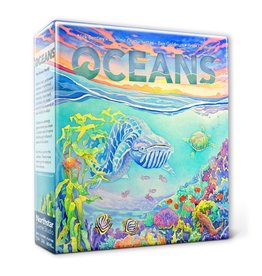