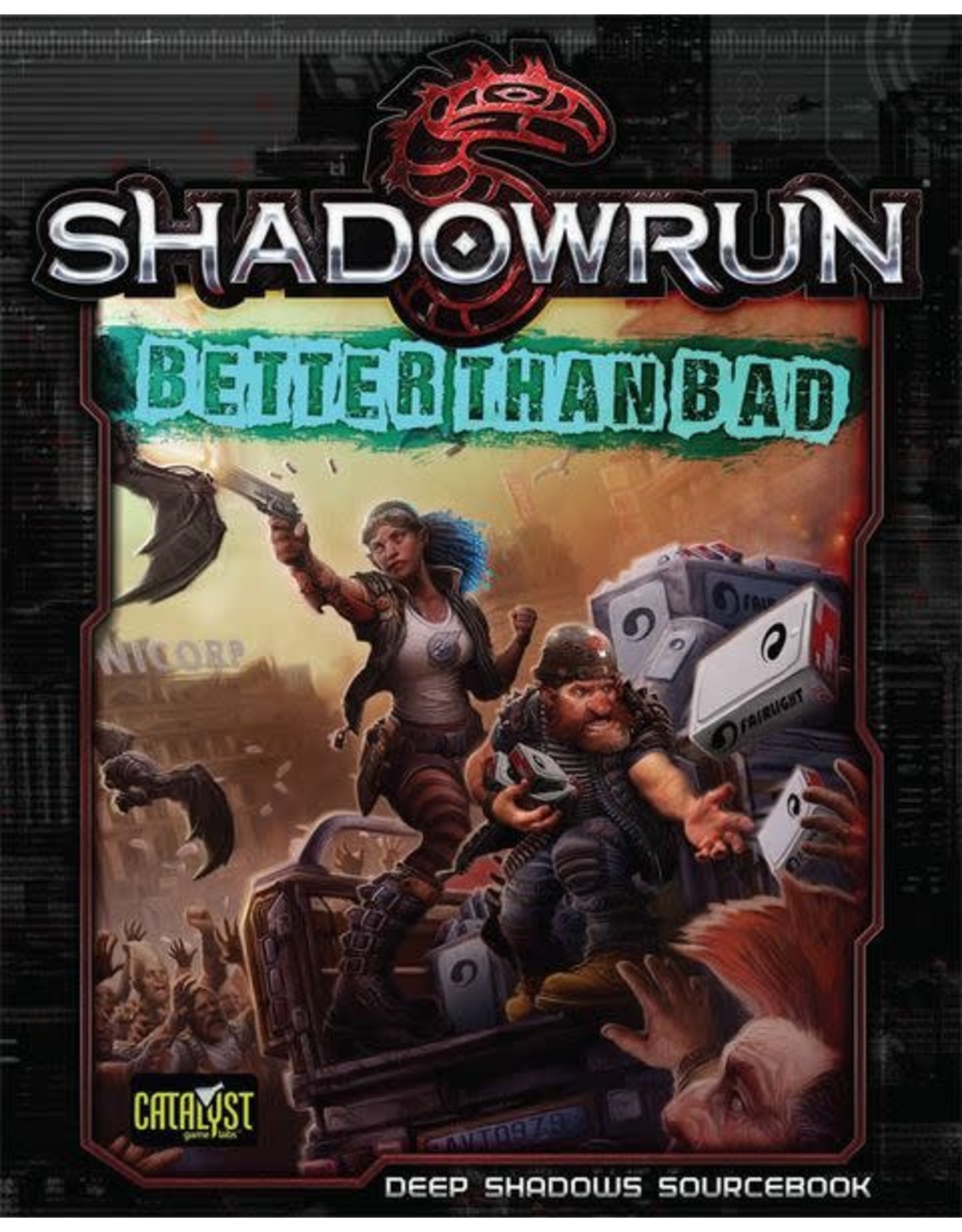 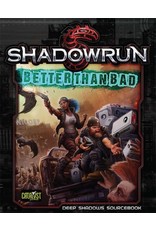 Kill or be killed. Eye for an eye. Get yours while you can. Shadowrunners—and most of the other residents of the Sixth World—are told from birth that those are the principles you must follow to survive. Thinking of others is for suckers. Take care of your own and hope you don’t die early.

But some runners think that’s no way to live. They know the world is stacked against them, and they’ve decided they like those odds. They choose to fight for what they think is right. They use shadowruns to take from people who don’t deserve what they have and give to those who need it. They seek hidden information that can right wrongs. It’s not easy, and it doesn’t always pay as well as outright theft, but who do they tell stories about centuries later—Robin Hood, or the jerk thief from a few forests away who only thought of himself?

Better than Bad is a shadowrunners’ guide to hooding, the art of committing crime to help those in need. With plot information, shadowrunning techniques and tactics, and advice to help runners work to bring good into the world, the book is the first definitive guide to shadowrunning with a conscience. It also includes information on a hot spot for working to right wrongs—Pretoria, in the African nation of Azania