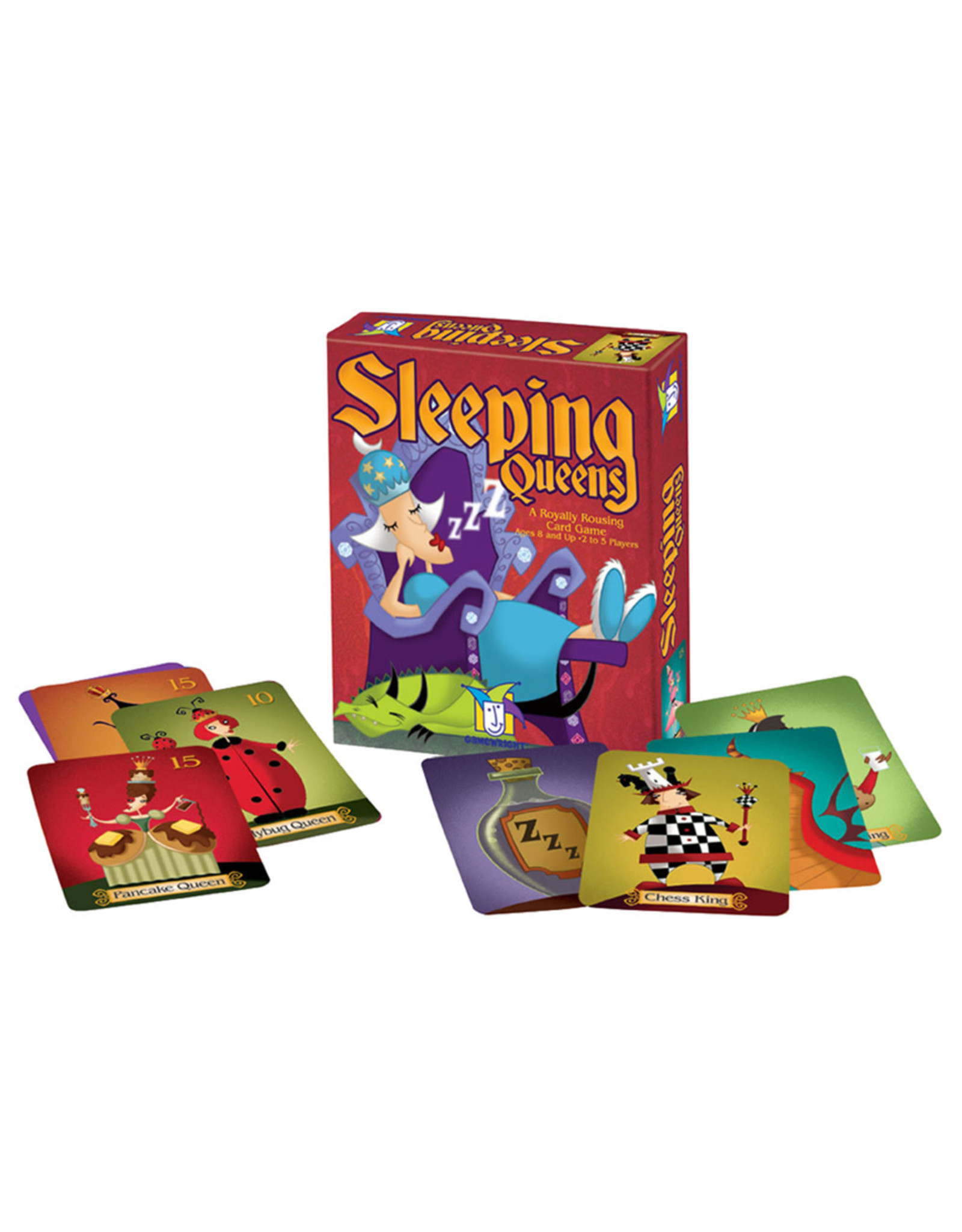 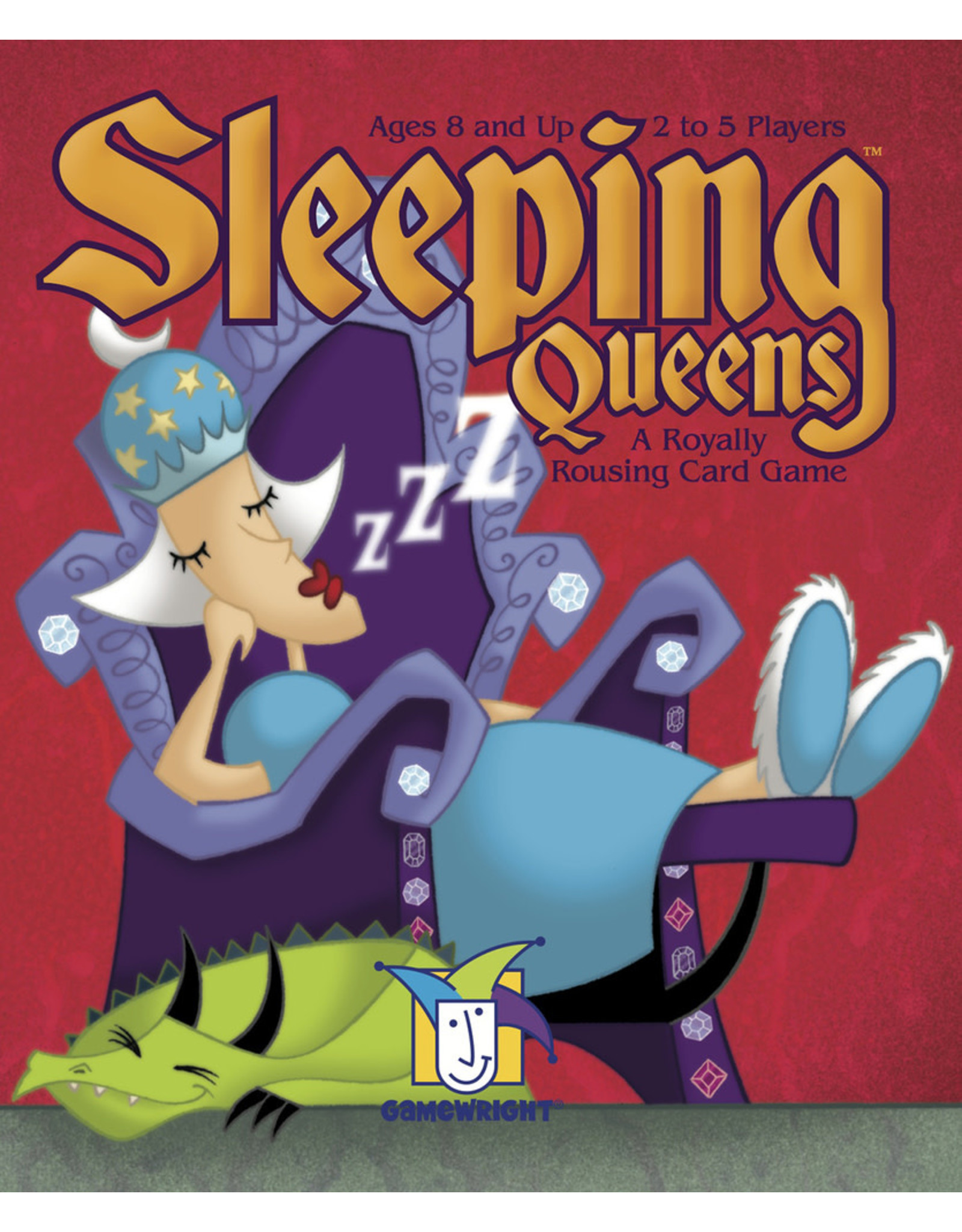 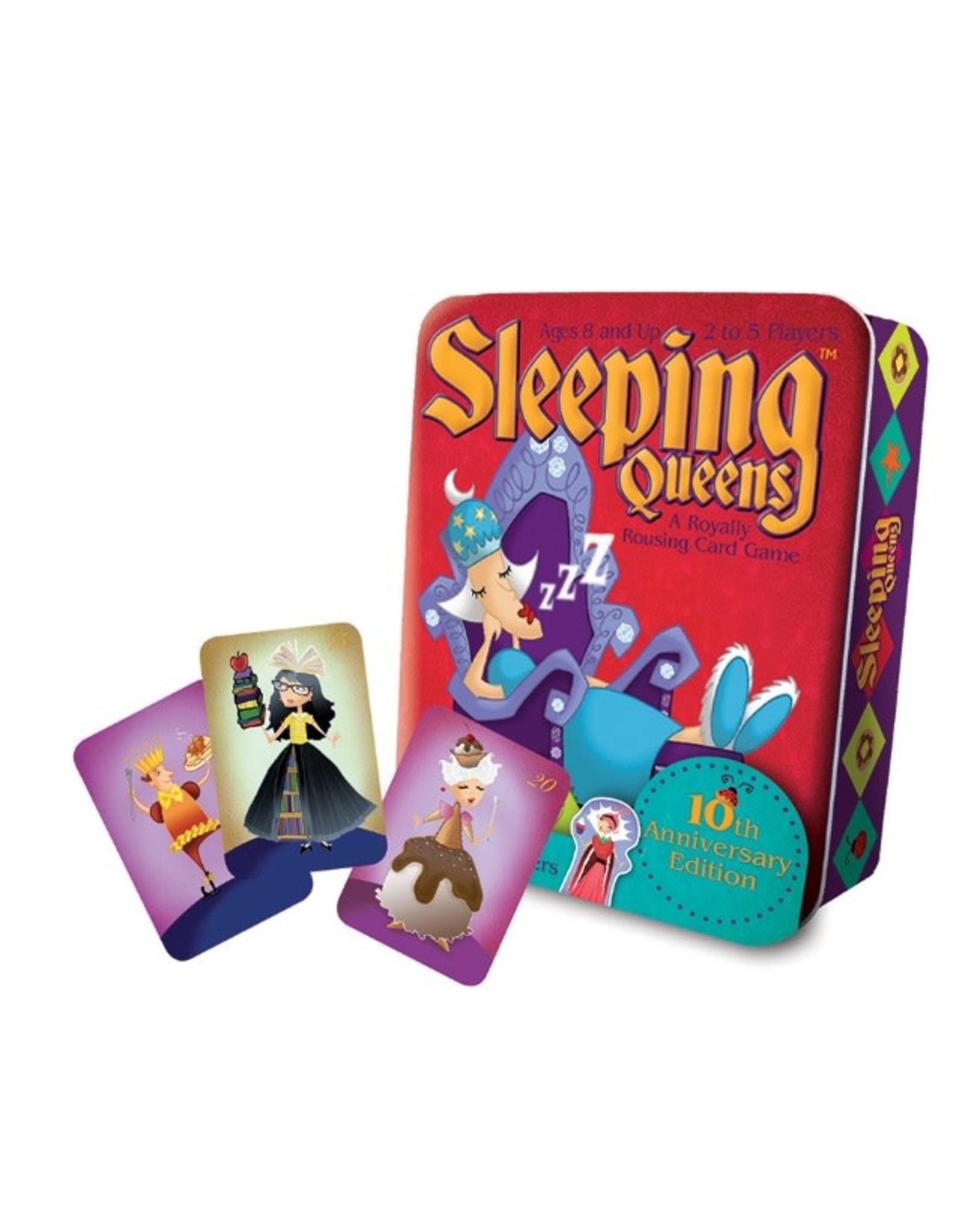 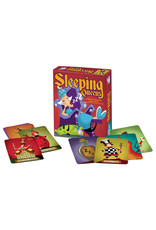 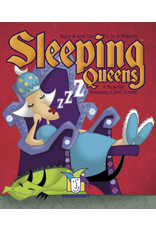 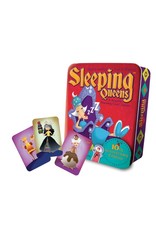 Rise and Shine! The Pancake Queen, the Ladybug Queen and ten of their closest friends have fallen under a sleeping spell and it's your job to wake them up. Use strategy, quick thinking and a little luck to rouse these napping nobles from their royal slumbers. Play a knight to steal a queen or take a chance on a juggling jester. But watch out for wicked potions and dastardly dragons! The player who wakes the most queens wins.

In Sleeping Queens, players need to use strategy, quick thinking, and a little luck to rouse these napping nobles from their royal slumbers. The twelve queen cards lie face-down on the table. On a turn, you take one action from the cards in your hand: play a king to awaken and claim a sleeping queen, play a knight to steal someone else's queen (unless she has a dragon for protection), play a potion to send a queen to sleep once again (unless she has a wand for protection), use a jester to try out your luck with the top of the deck, or discard one or more number cards to draw more cards. Each queen card has a point value on it, and whenever all the required queens have been awakened or one player hits the point threshold, the game ends and whoever has the most points wins.

Imagine a place where there's a queen of all pancakes, a king of cookies and a pack of over-protective dragons. If this sounds like something out of a dream, it actually is! Sleeping Queens was invented by 6-year-old Miranda Evarts, who thought up the game one night when she couldn't fall asleep. She awoke the next morning and with help from her older sister, Madeleine and her parents, Denise and Max created this wonderfully whimsical world of napping nobles. As you immerse yourself in the Evarts's fantasyland, you will find a game that helps develop memory, strategy, and elementary arithmetic skills. Just be careful when playing potion cards or you could wind up putting all the players to sleep! 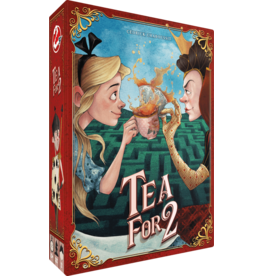 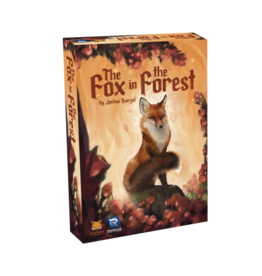 The Fox in the Forest 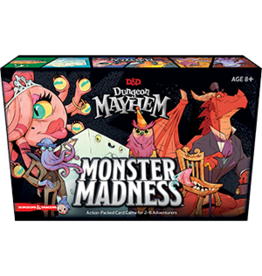