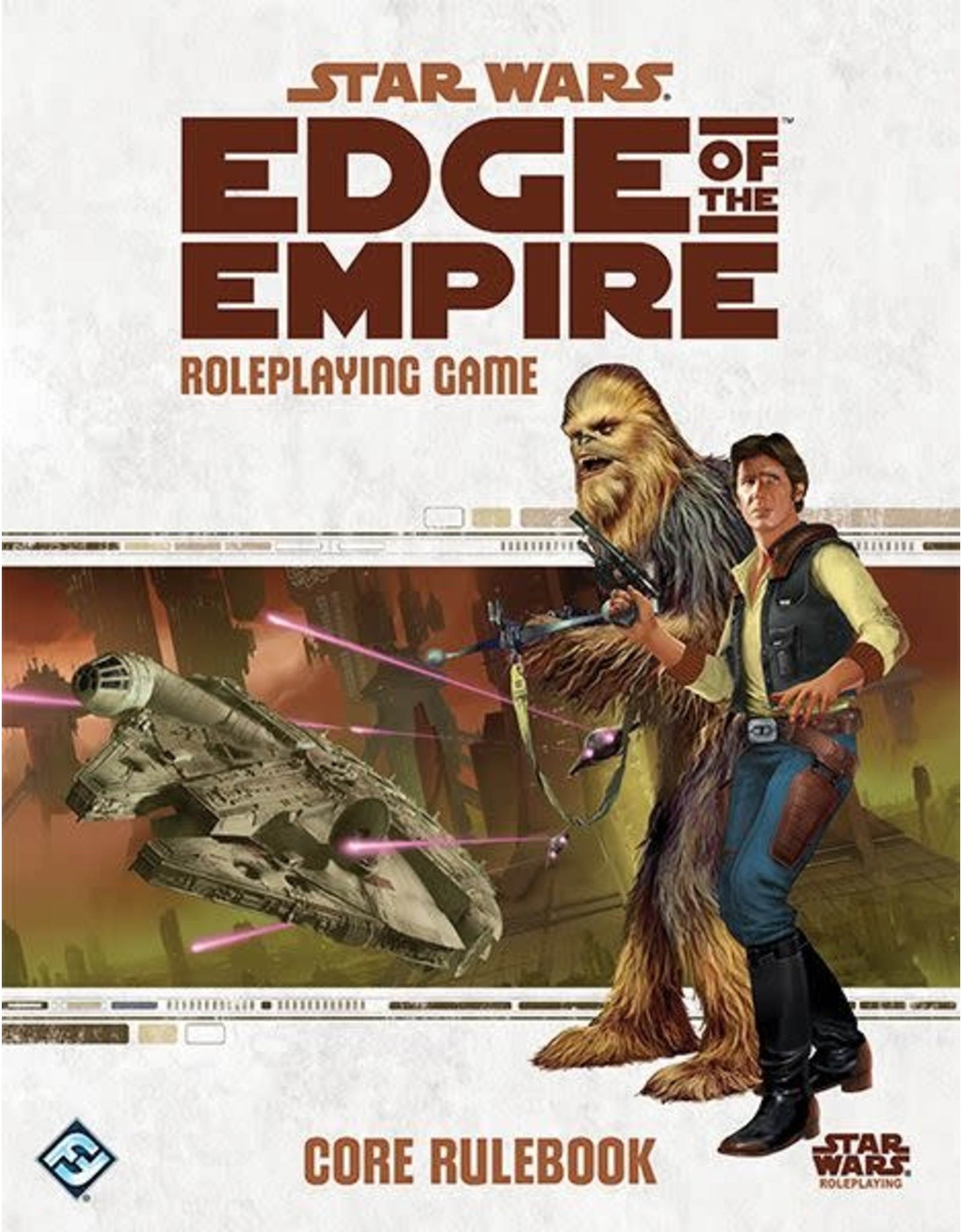 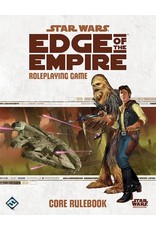 “Scoundrel. I like the sound of that.”
–Han Solo

Participate in grim and gritty adventures in places where morality is gray and nothing is certain. Ply your trade as a smuggler in the Outer Rim, collect bounties on the scum that live in the shadows of Coruscant, or try to establish a new colony on a planet beneath the Empire’s notice…

The Star Wars®: Edge of the Empire™ Core Rulebook provides everything you and your friends need to experience life in the shadiest and most remote locations in the Star Wars universe including:

The Edge of the Empire Core Rulebook is a fully self-contained reference that allows players and GMs to enjoy whole campaigns in the Star Wars galaxy, from the simplest combinations of adventures to vast, sophisticated explorations of life in the Outer Rim and at the fringes of society. You’ll build characters, encounter memorable adversaries, and confront your destinies.