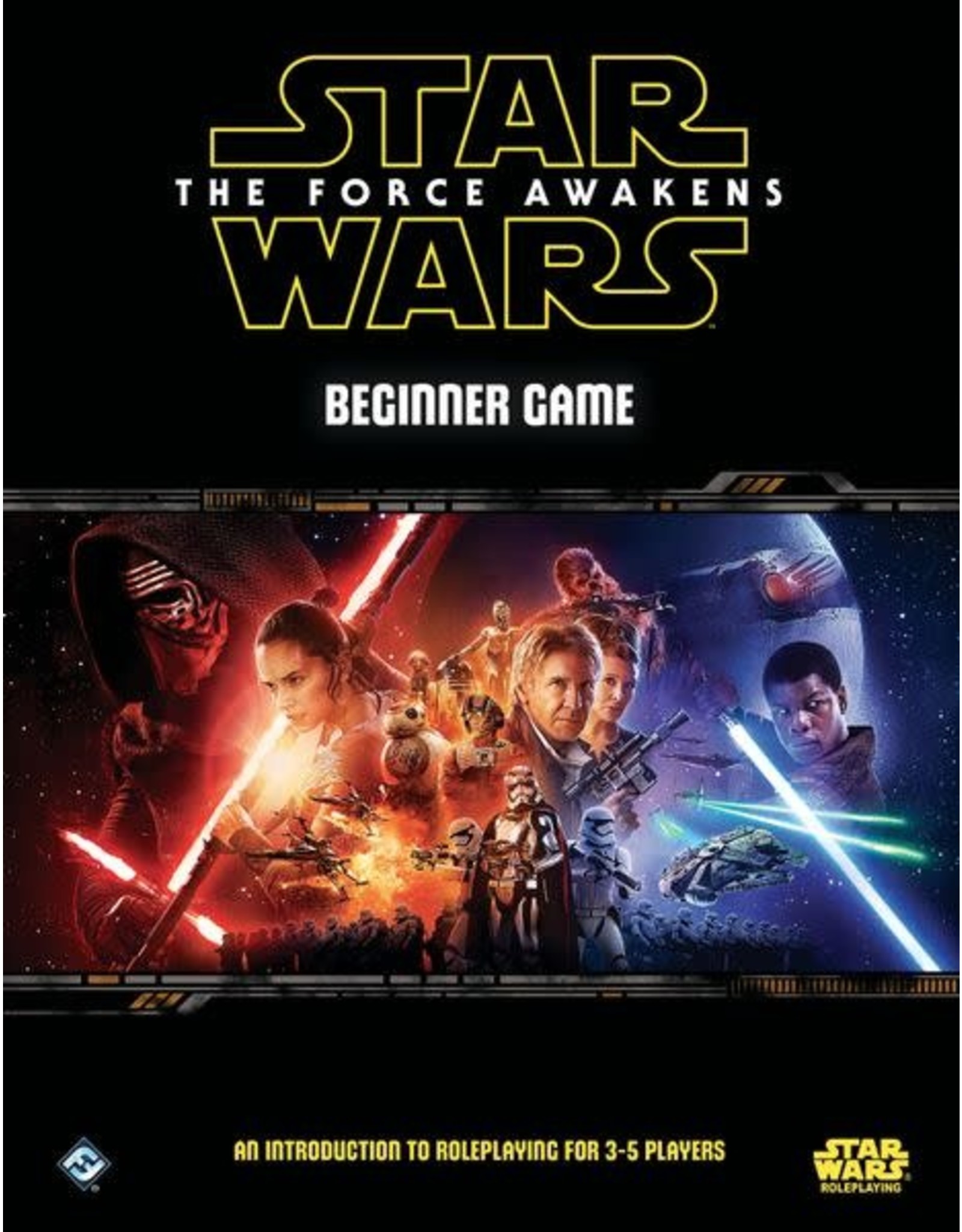 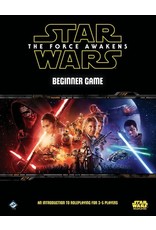 The perfect entry into the Star Wars roleplaying experience for players of all skill levels, The Force Awakens Beginner Game introduces a complete, learn-as-you-go adventure that carries you from the sands of Jakku deep into the heart of a mystery that could change the course of the galaxy.

You don't need any previous knowledge of roleplaying to get started. Just open the box, select your character, and let the Force flow through you. Pre-generated character folios keep the rules right at your fingertips, while custom dice and an exciting narrative gameplay system advance your story with every roll.

Set during the rule of the New Republic and just prior to the events of The Force Awakens, The Force Awakens Beginner Game contains everything three to five players need to play their parts part in the struggle between the First Order and the Resistance.

Note: Unlike our other Beginner Games, The Force Awakens Beginner Game will not be followed by a new Star Wars RPG game line. Instead, it draws upon the core mechanics shared by Star Wars®: Age of Rebellion™, Star Wars®: Edge of the Empire™, and Star Wars®: Force and Destiny™. Players interested in continuing their Star Wars adventures can do so through any of these fully compatible systems.