Home / The Lord of the Rings: Journeys in Middle-Earth 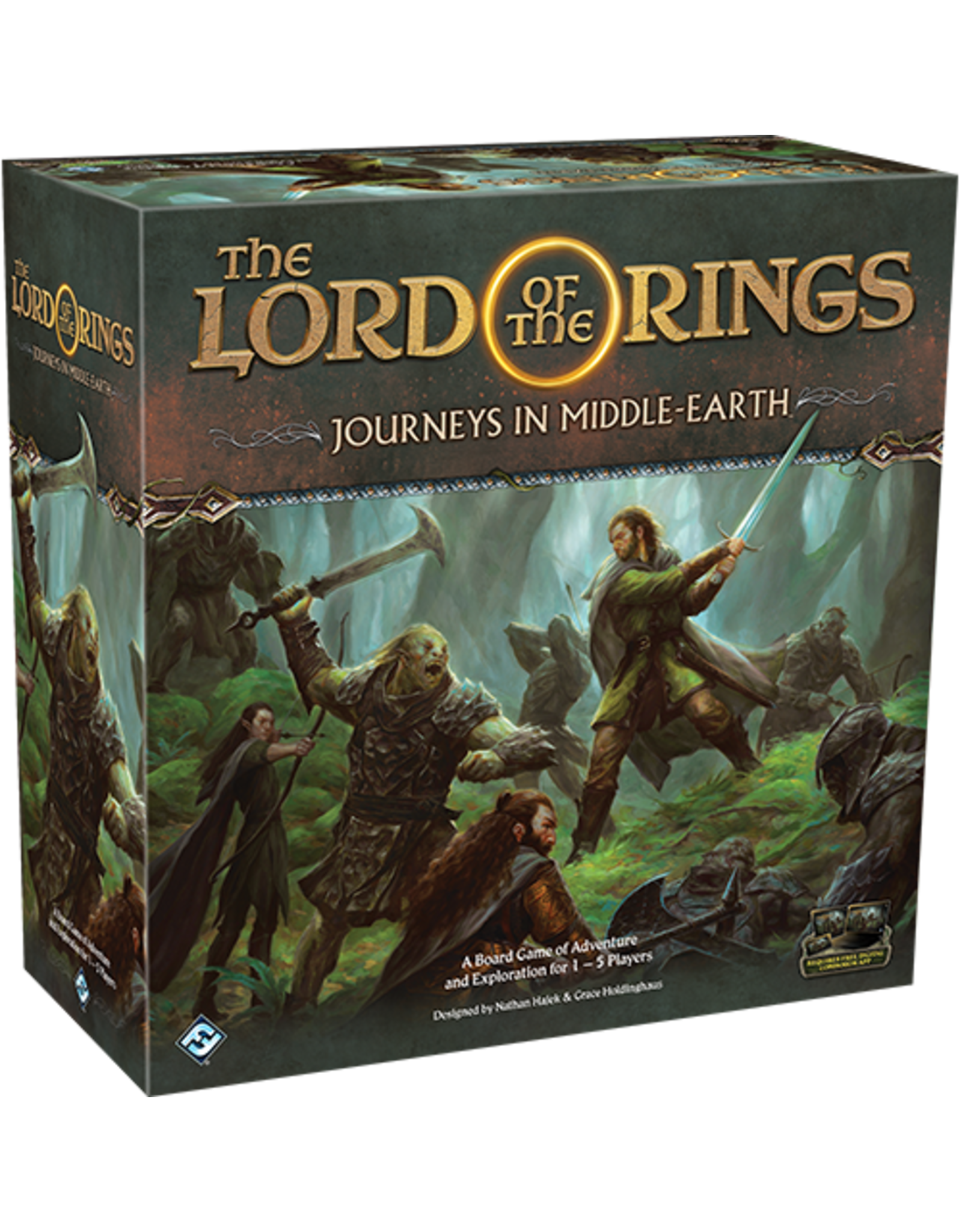 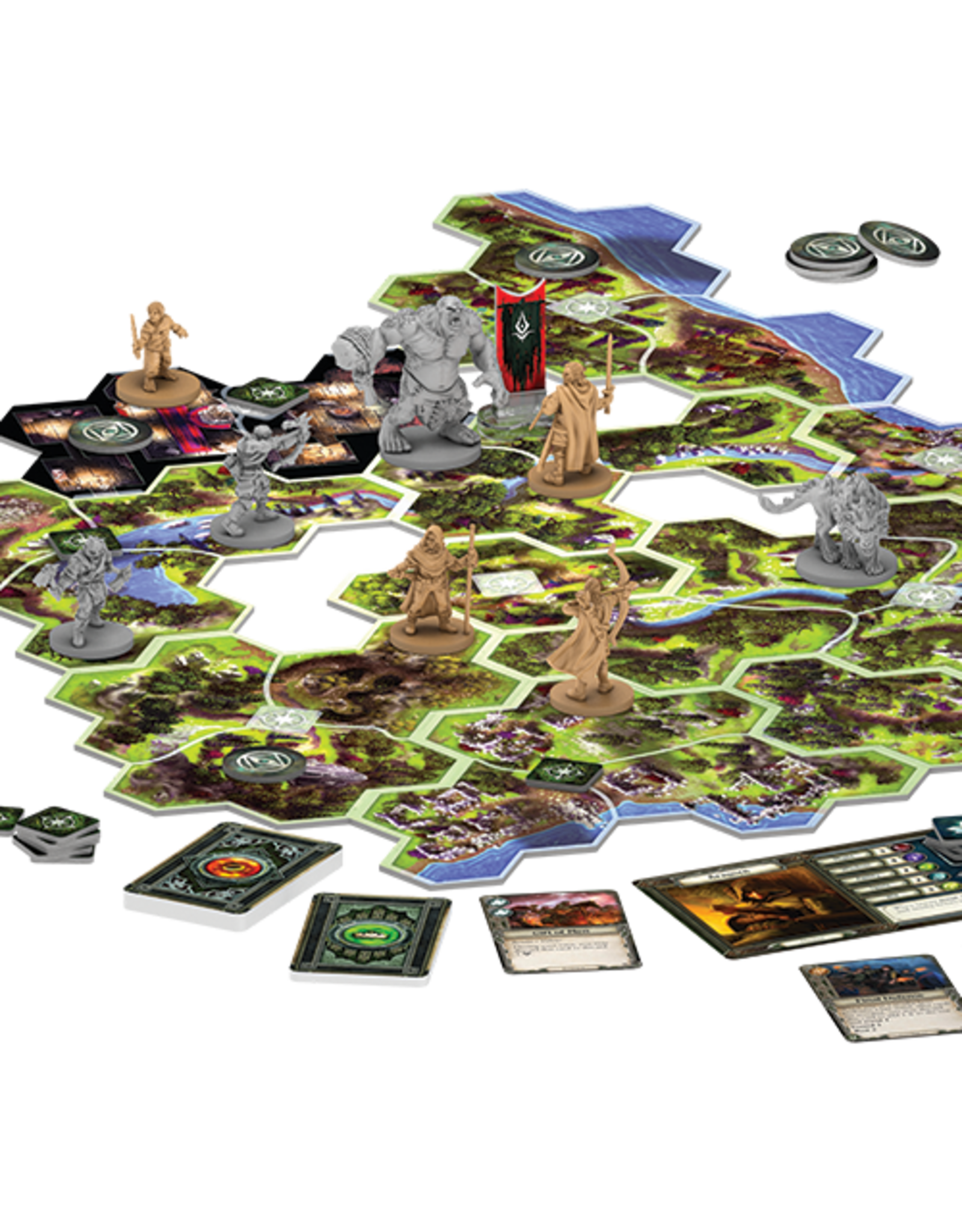 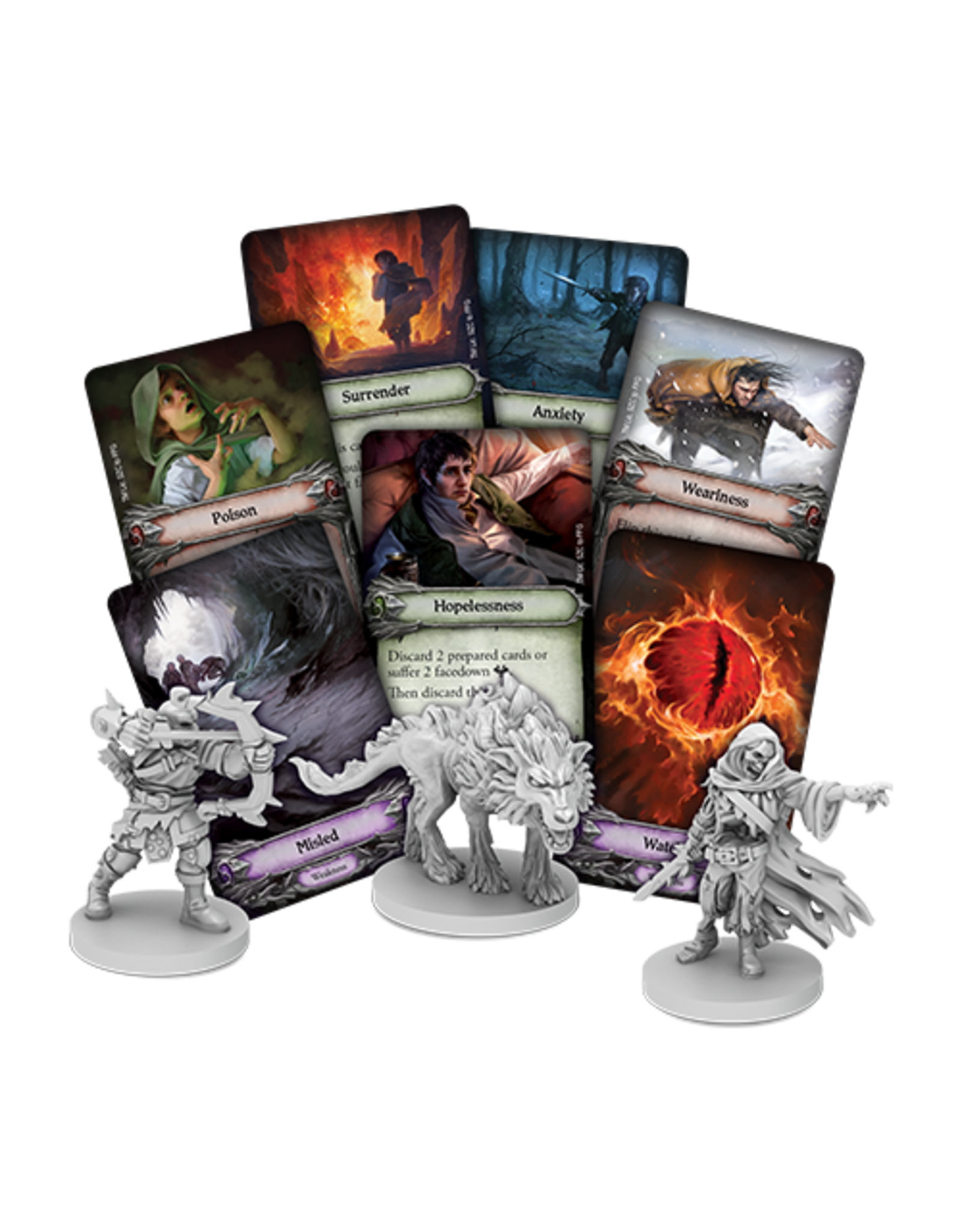 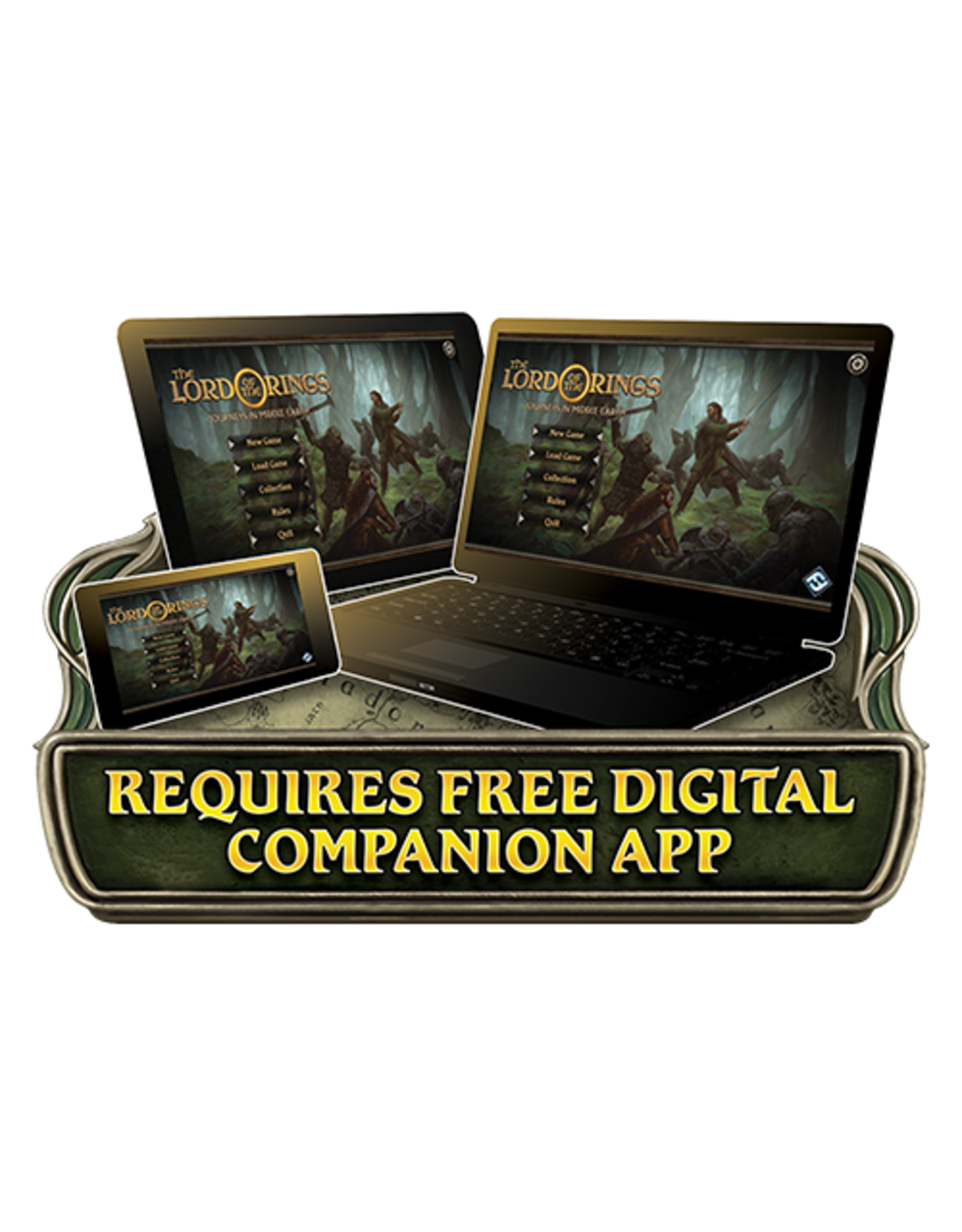 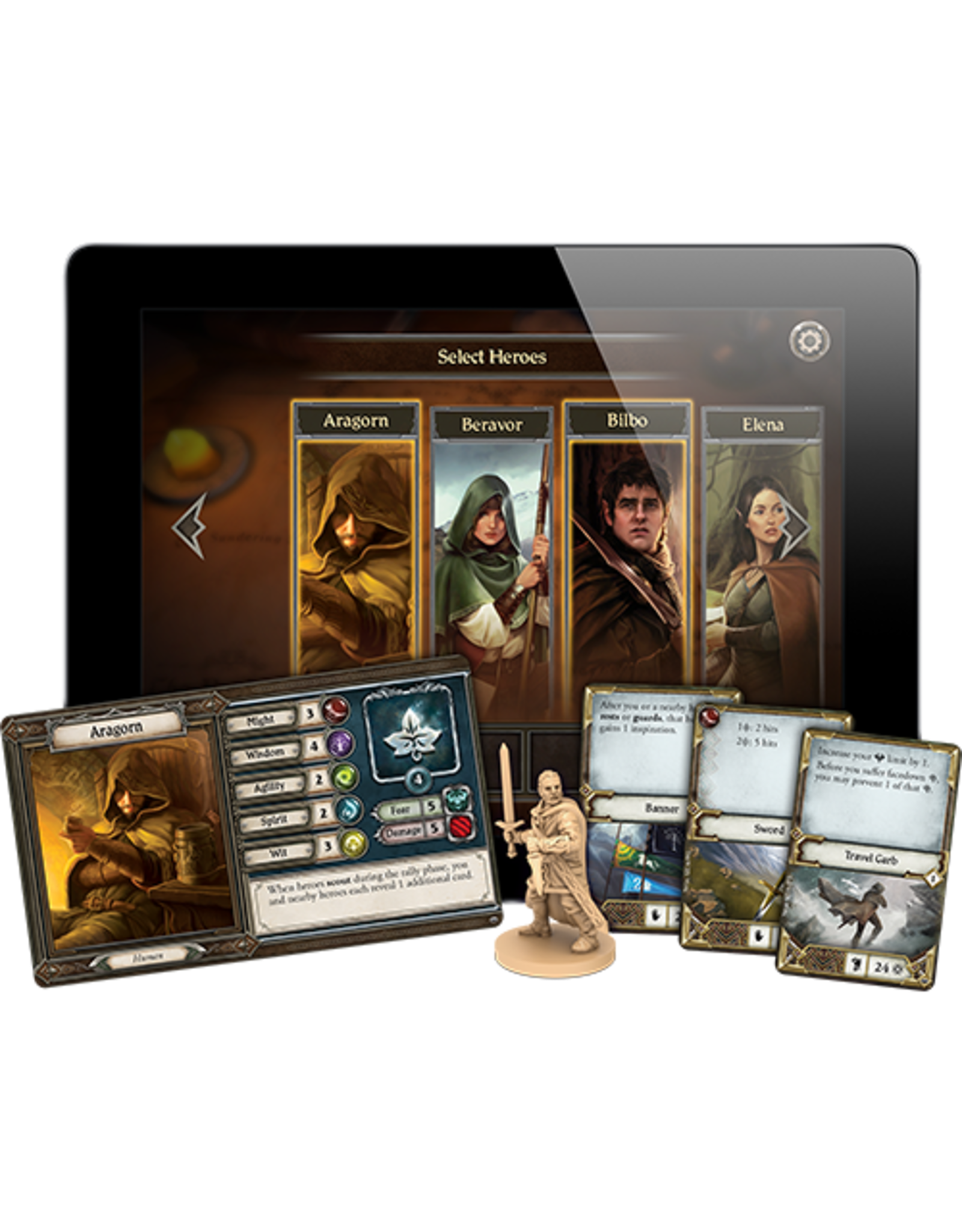 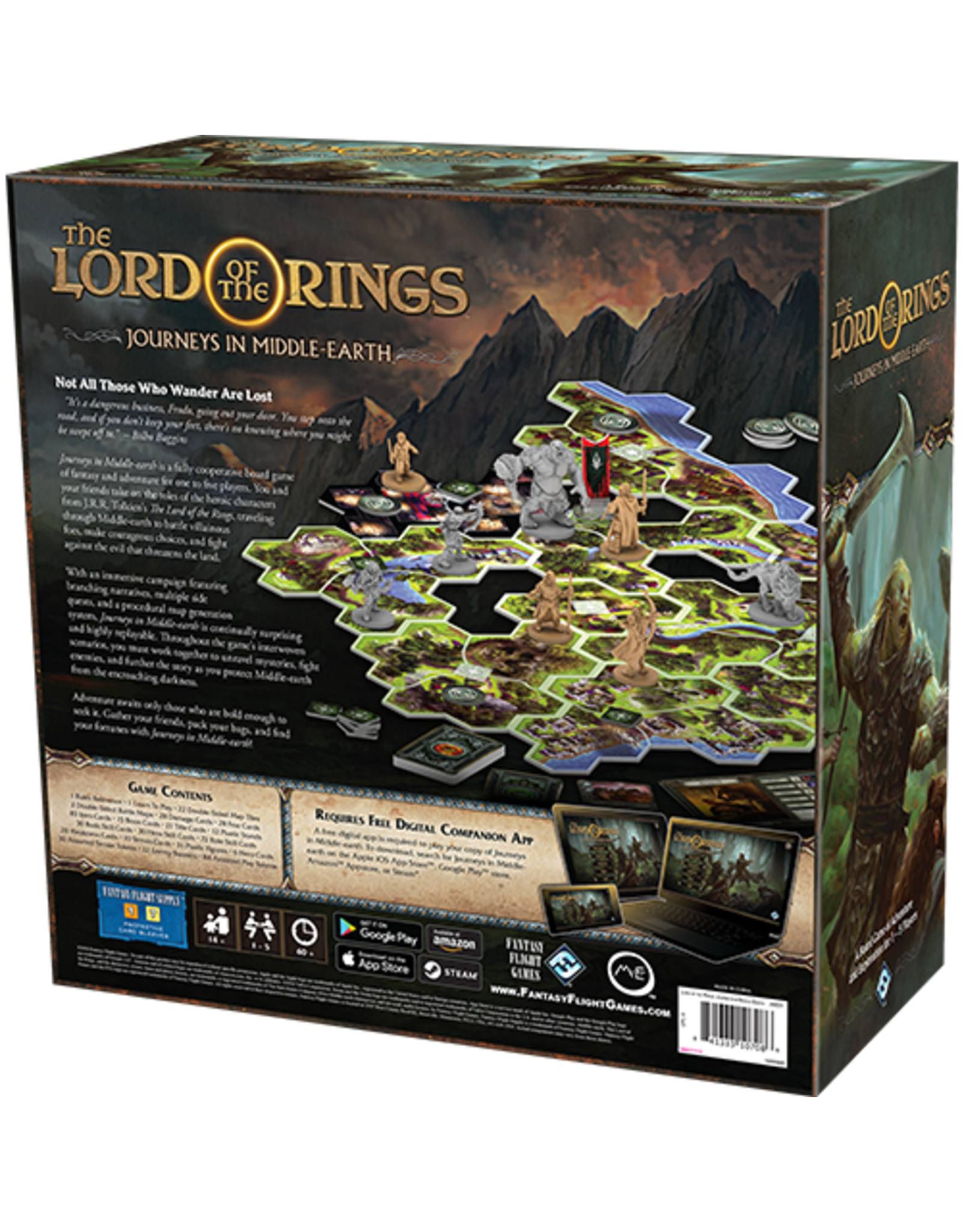 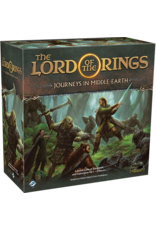 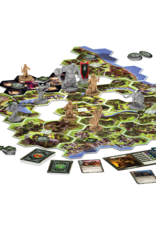 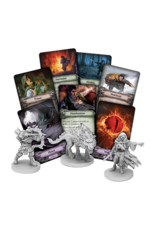 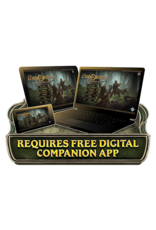 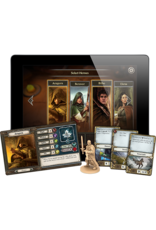 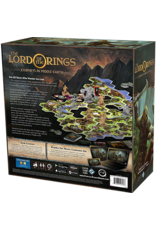 Embark on your own adventures in J.R.R. Tolkien’s iconic world with The Lord of the Rings: Journeys in Middle-earth, a fully cooperative, app-supported board game for one to five players! You’ll battle villainous foes, make courageous choices, and strike a blow against the evil that threatens the land—all as part of a thrilling campaign that leads you across the storied hills and dales of Middle-earth.

Each individual game of Journeys in Middle-earth is a single adventure in a larger campaign. You’ll explore the vast and dynamic landscapes of Middle-earth, using your skills to survive the challenges that you encounter on these perilous quests. As you and your fellow heroes explore the wilderness and battle the dark forces arrayed against you, the game’s companion app guides you to reveal the looming forests, quiet clearings, and ancient halls of Middle-earth, while also controlling the enemies you encounter. Whether you’re venturing into the wild on your own or with close companions by your side, you can write your own legend in the history of Middle-earth.

Every character has their own special abilities to contribute to your Fellowship, giving each one a distinct identity for your campaign. In addition to their special ability, every hero sets off on their journey with a unique deck of skill cards that they use to ward off dangers and make progress in their adventures. These cards represent a character’s accumulated knowledge from their days exploring Middle-earth, including tactics, innate abilities, and even songs they can draw on in the heat of battle.

Every skill card in Journeys in Middle-earth can serve two functions. You could prepare a skill at the end of each round, allowing you to use its ability. On the other hand, you could put cards with useful success icons on the top of your deck in preparation for future tests. Only by carefully manipulating your deck and balancing prepared skills against the need to succeed at skill tests can you hope to succeed at your quest.

While the foundation of every hero’s skill deck is their unique set of skill cards, you still have a the freedom to choose how you approach each new adventure. Before beginning a game, every player takes on a different role in their Fellowship, adding the skill cards for that role to their deck. You might become your party’s Guardian, protecting others with your strong defenses. Or, you could become a tricky Burglar, easily evading enemies. You’re free to develop your hero’s skills throughout a campaign, even switching roles between adventure as you weave together your story with each game.

Add your review
0 stars based on 0 reviews
Designer: Grace Holdinghaus / Designer: Nathan I. Hajek / Dungeon Crawler / Medium Complexity / The Lord of the Rings / 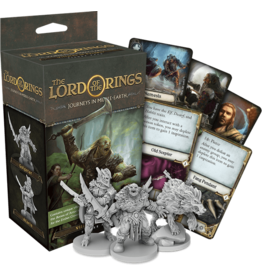