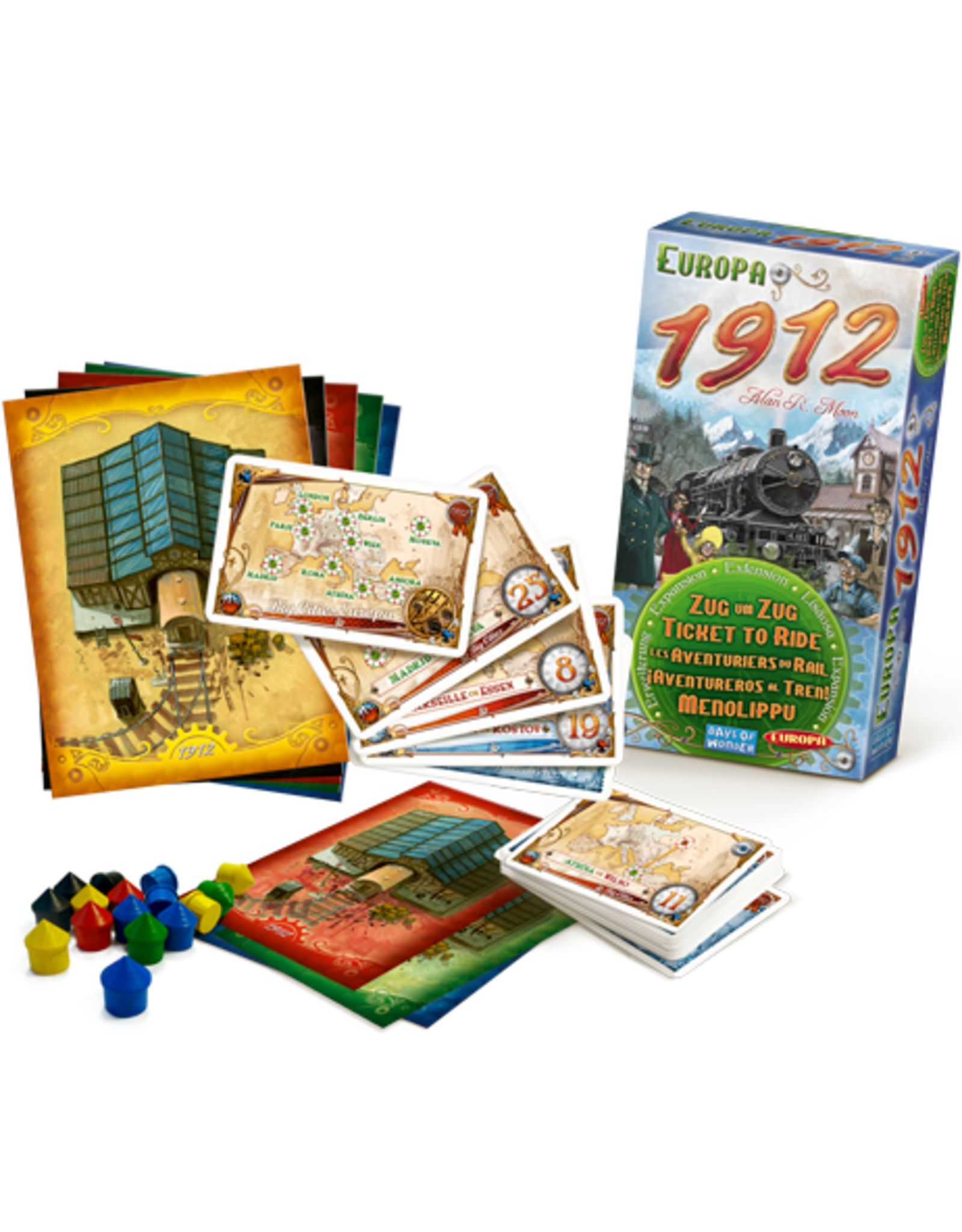 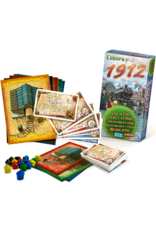 Upgrade your ticket with exciting new routes to the great rail destinations of Europe and add fresh new gameplay to all versions of Ticket to Ride with Warehouses and Depots!

This expansion also introduces Warehouses & Depots – new game rules and pieces that create an additional strategic layer and can be played with any of the Ticket to Ride maps. Wooden Train Depots are placed on cities selected by each player. Throughout the game, each player’s Warehouse will accumulate Train cards and those who have the foresight, clever timing, or just plain good fortune to build a route to a Depot can make off with a fistful of Train cards. Depot placement and skillful Warehouse tactics become a key part of a winning Ticket to Ride strategy!

Europa 1912 is not a stand-alone game. An original copy of any complete game in the Ticket to Ride series is required to play with Warehouses & Depots. New Destination Tickets are for use only with Ticket to Ride Europe.