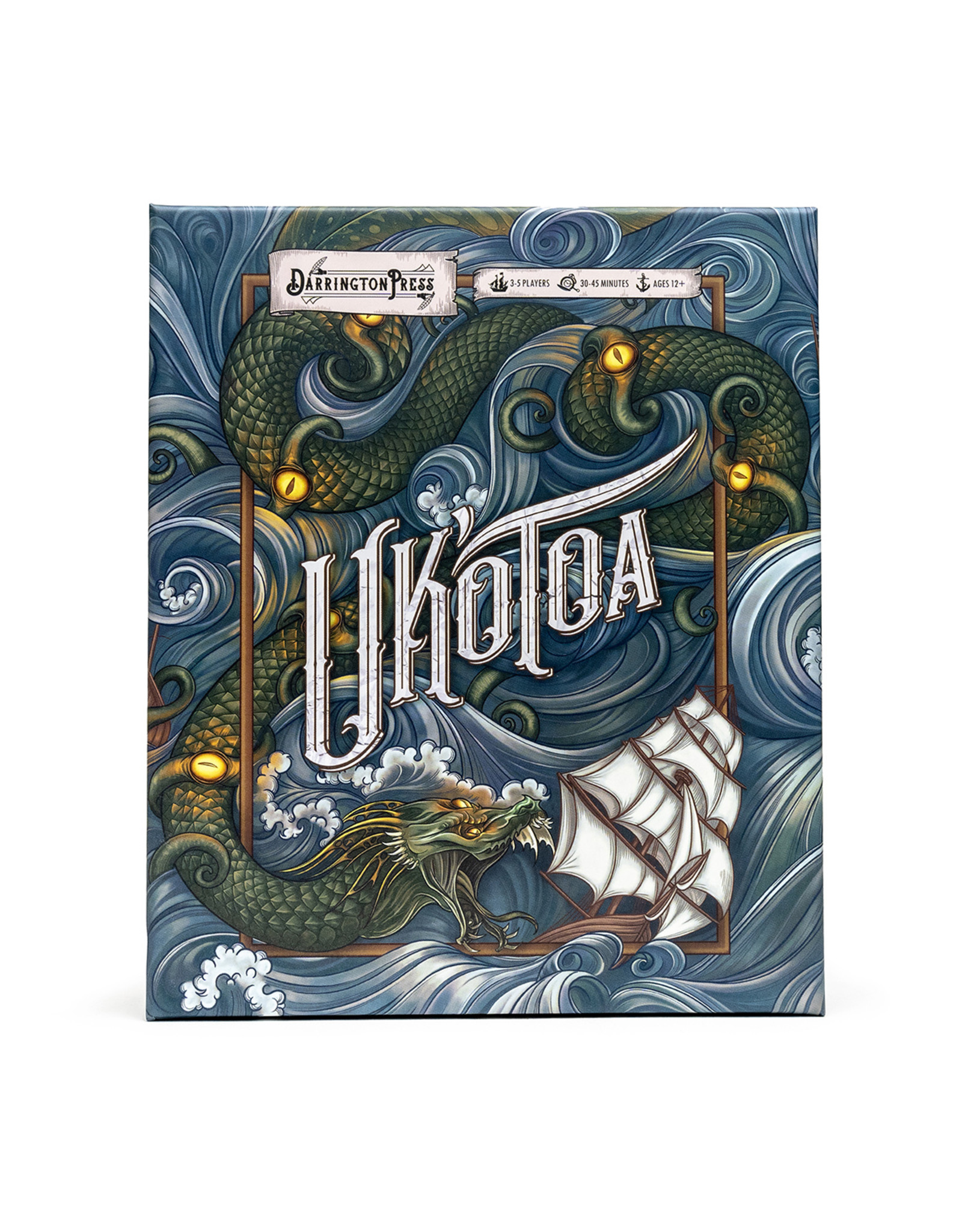 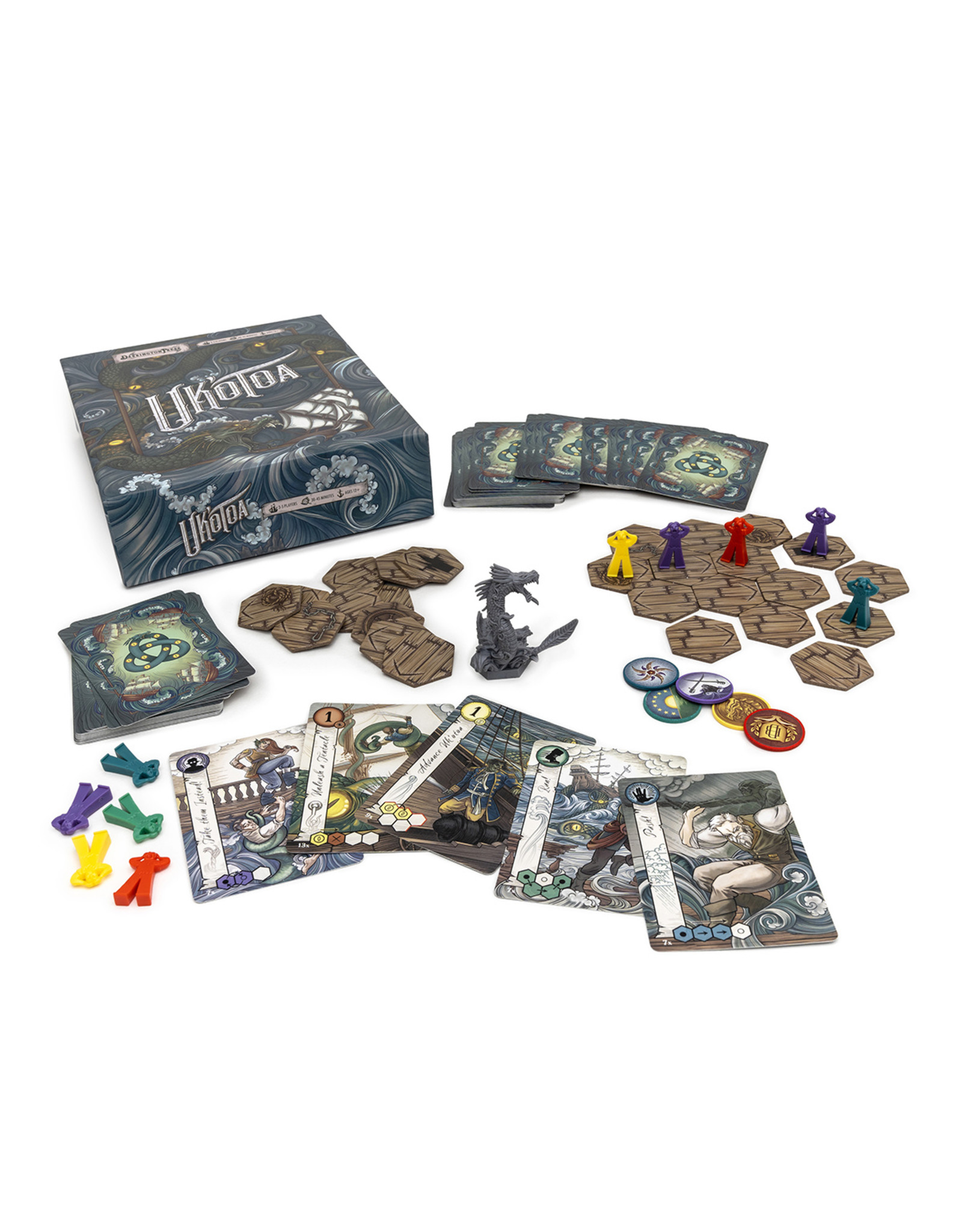 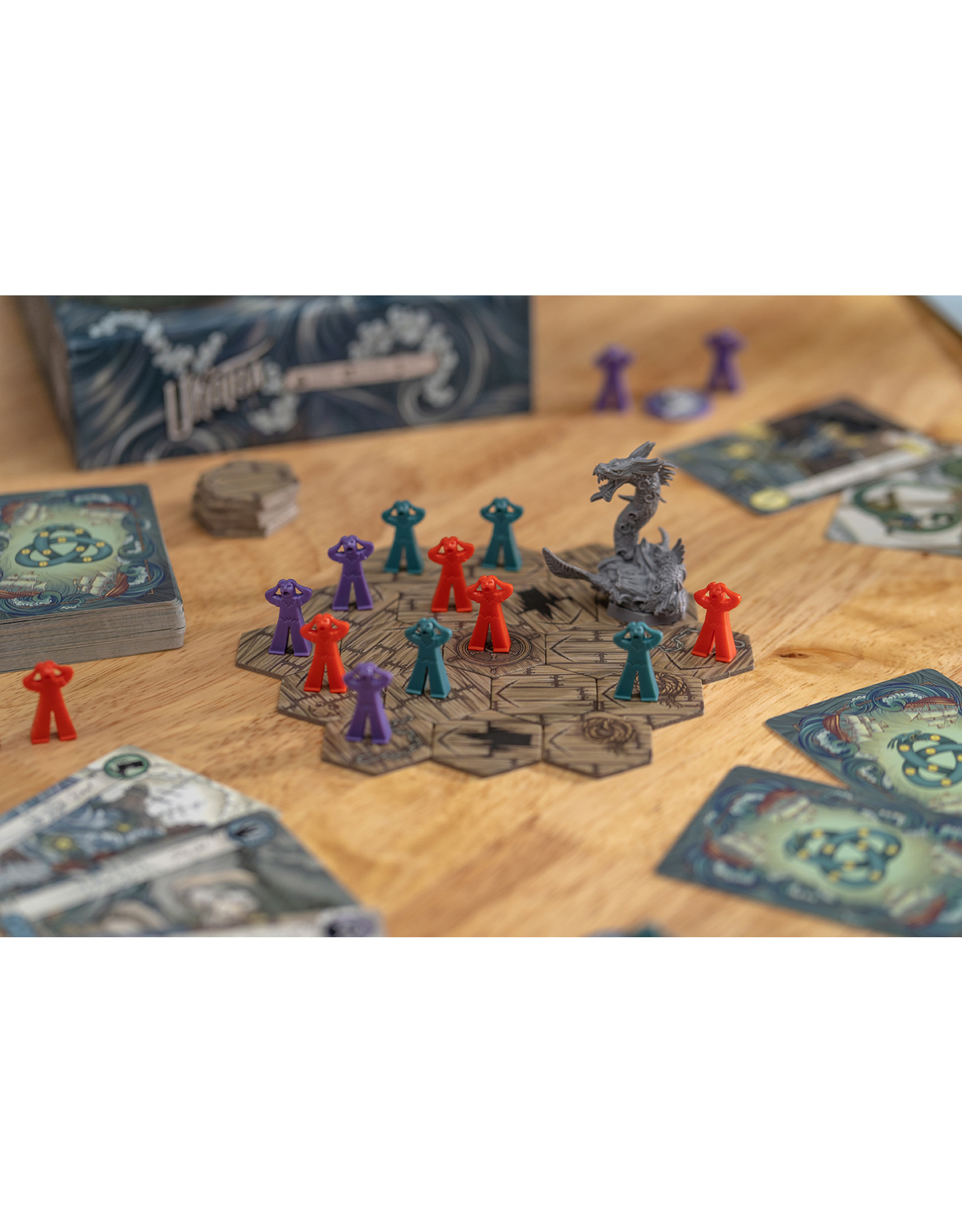 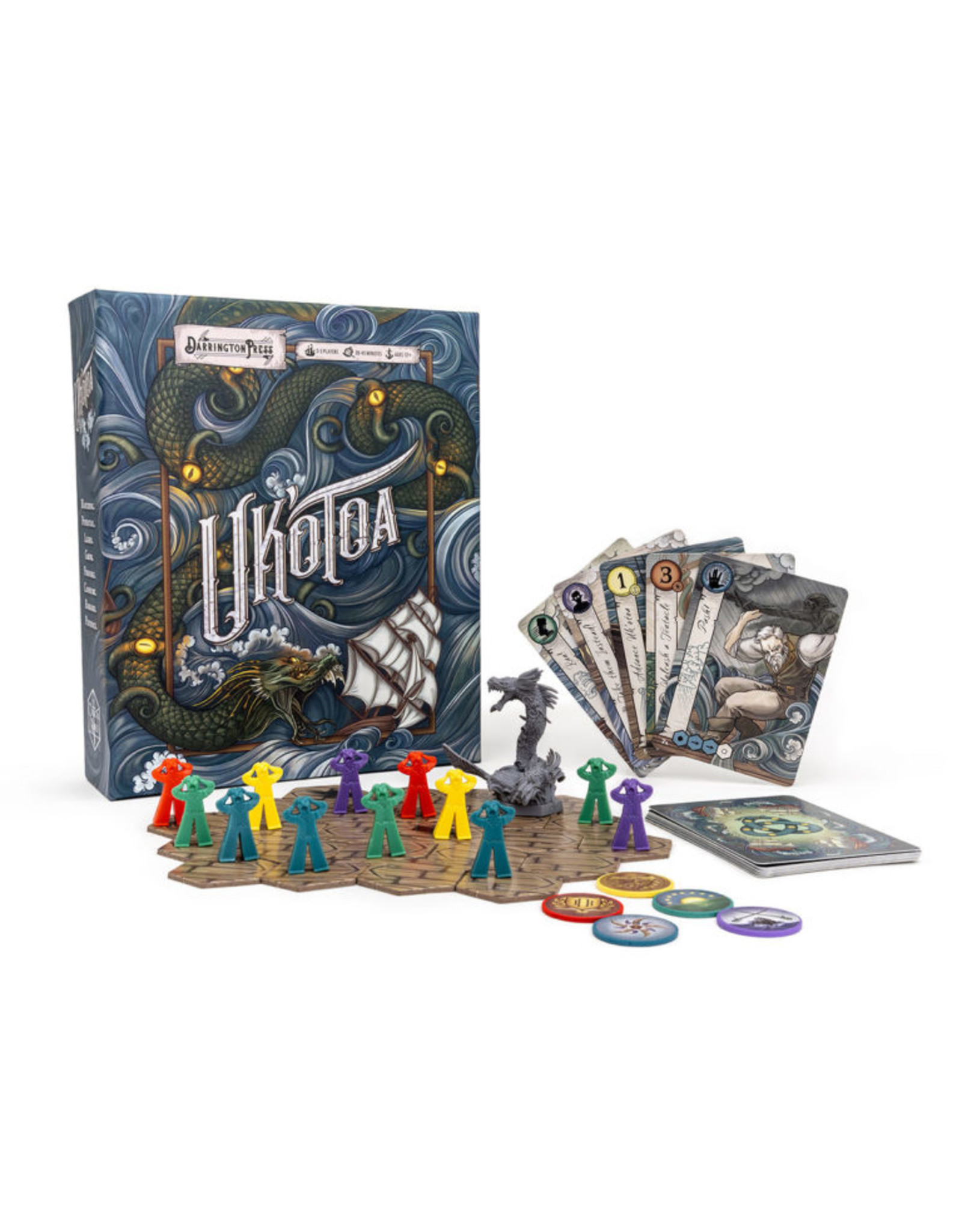 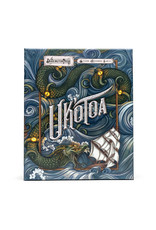 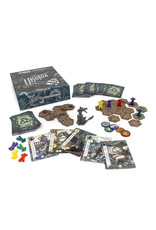 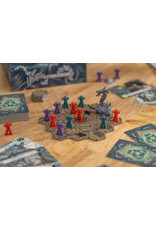 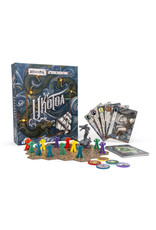 A battle for life and death on the high Lucidian seas!

In the tactical game Uk'otoa, factions of sailors vie to be the last claimed by the raging sea leviathan Uk'otoa. As the ship slowly falls into the ocean, you have to run, push, and sacrifice others to win!

Uk’otoa is the first official board game developed by the Darrington Press team—a fast-paced, enthralling game of thrilling nautical adventure from the world of Exandria (as seen on the webseries Critical Role), for gamers everywhere.

Hexes are placed on the board to represent the wreckage of a destroyed ship, and are progressively removed as they are consumed by the dauntless Uk’otoa. Players take on the roles of two factions which they share with their neighboring players, and use cards to best position their two teams to survive. Each card in a player’s hand carries immersive, gorgeous art and easy-to-understand icons depicting the movement it provides.