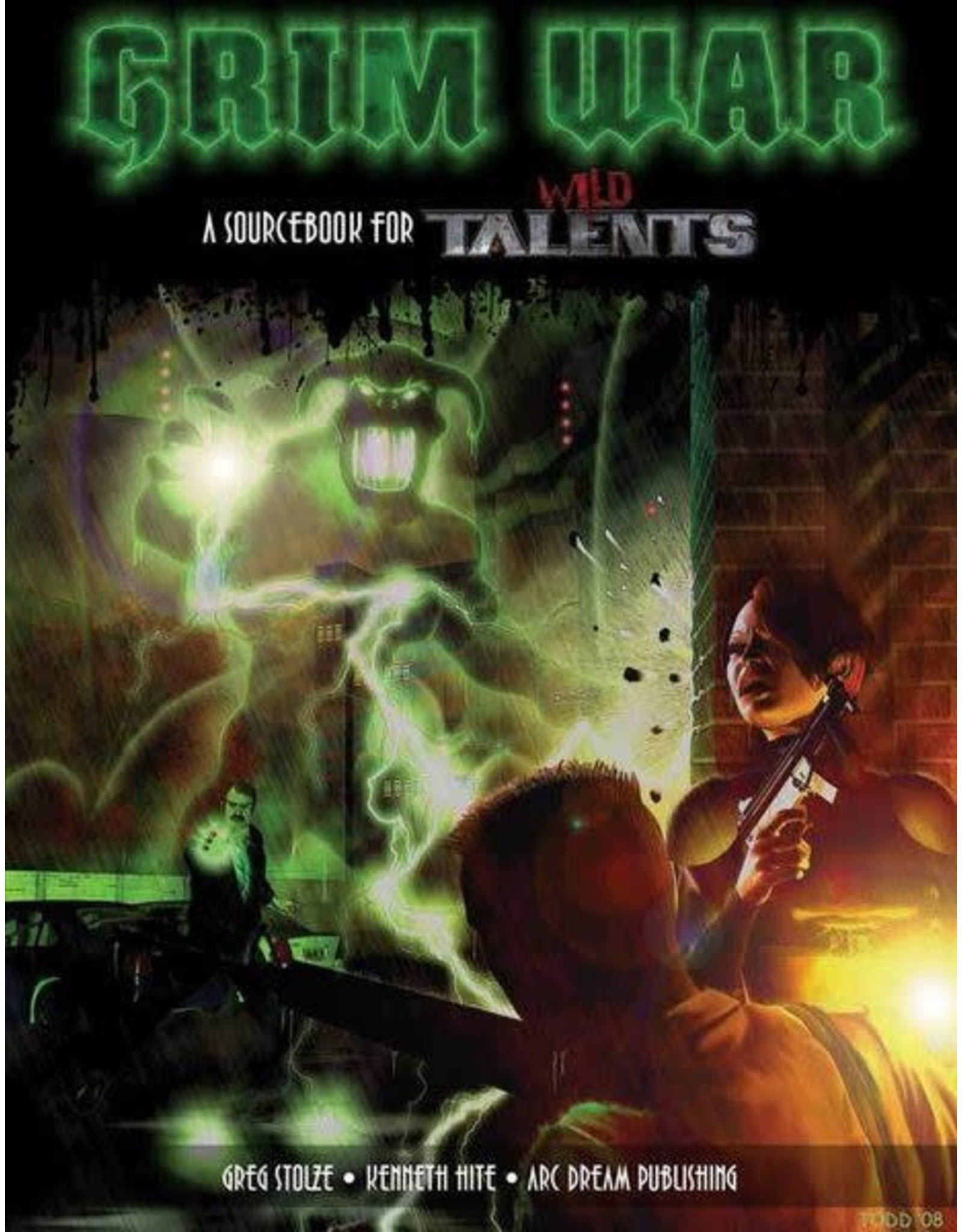 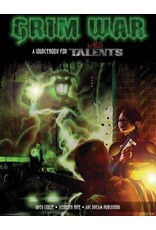 Grim War is a Wild Talents roleplaying game sourcebook of superowered mutants, nefarious sorcerers, and the ordinary men and women trying to control them all.

Written by Wild Talents co-authors Greg Stolze and Kenneth Hite and illustrated by Todd Shearer, Grim War introduces a fascinating and weird new system of spirit-summoning magic. Sorcerous characters can wield fantastic power -- if they are willing to pay the price. Grim War details dozens of bizarre and sometimes terrifying spirits and the harrowing spells required to treat with them.

Grim War brings the "company rules" of Greg Stolze's Reign to the superpowered action of Wild Talents, allowing players to join, influence or oppose a dozen fully-detailed sorcerous cabals and mutant factions. Such as...

Each faction has its own goals, its own secrets, and its own agenda for player characters.

An extensive chapter on the background of this fascinating world offers guidelines for playing in any point in the 20th and 21st centuries, so the players themselves can define the shape and course of the Grim War.